I found a post I’d written in May in my drafts folder and realized I had never published it. So here it is, after quite a delay. It’ll be another seven months before I see these birds again, but in the meantime I though I should share these photos which I took at the slough across the road from my house.

I remember that the day was beautiful and warm. Shorebird migration was in progress and the mudflats at the slough were full of shorebirds. I sat for over an hour watching them feeding, preening, and taking the occasional rest.

A Killdeer and Semipalmated Plover, 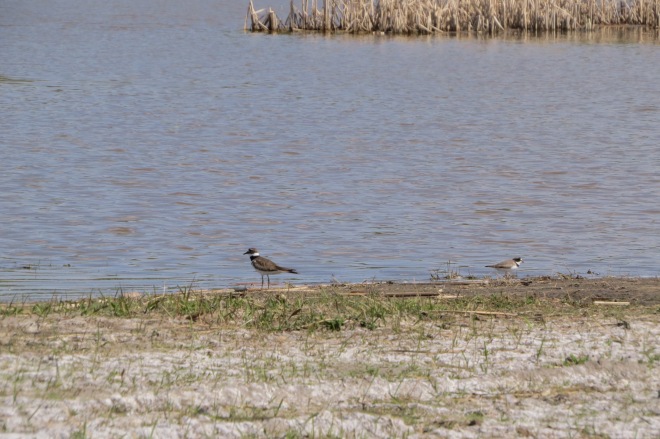 There was only one Killdeer in the mix,

There was a solitary Lesser Yellowlegs too,

Along with the plovers were some Pectoral Sandpipers, 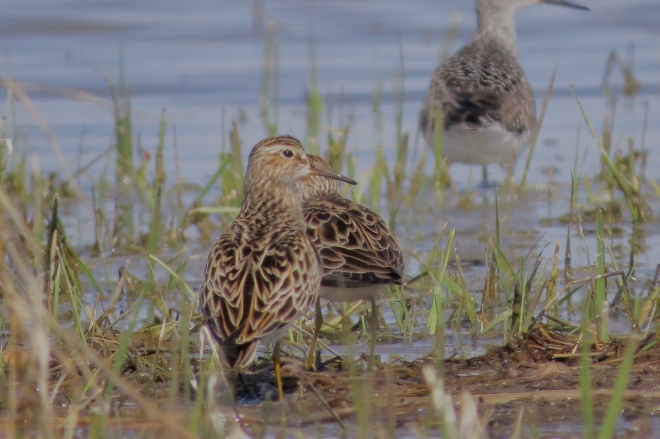 My favourite part of the afternoon was watching the Semipalmated Plovers running up and down the mudflats. They are beautiful little birds, but difficult to photograph as they are constantly moving.

I got down and dirty with the plovers because I was lying on my stomach trying to get eye-level shots,

This is one of my favourite pictures from the afternoon, 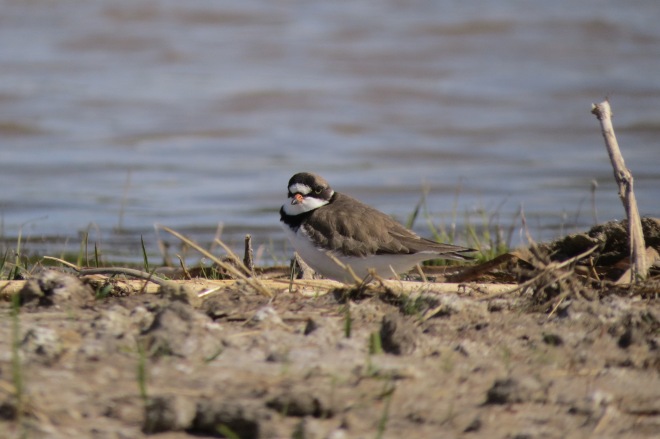 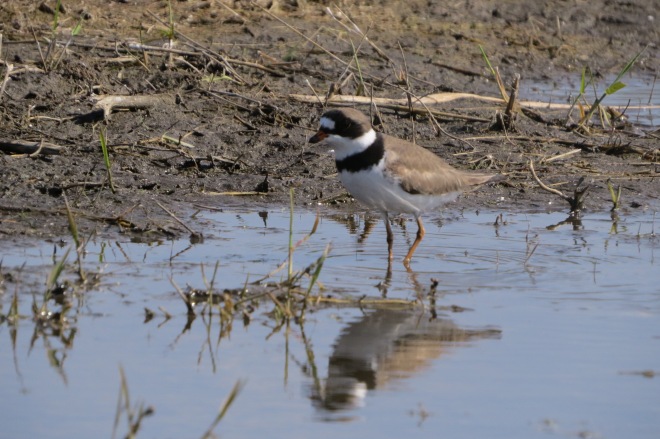 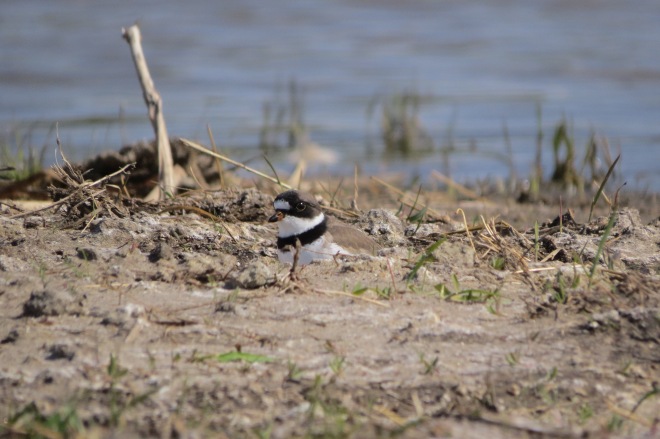 Among the adults was an immature plover,

Two adults on the left and an immature on the right,