My 2016 Great Canadian Birdathon was Monday, May 23rd. Armed with my scope and phone, I digiscoped all the photos I took during the day, though I wasn’t able to photograph every species I saw.

Tree Swallows were the first species to make the list and just standing outside our front door at 6 am I could hear Sprague’s Pipits, Western Meadowlarks, Killdeer, and an American Robin.

I started off scanning the mudflats at the slough across from our house where I was able to find Killdeer, American Avocets, Semipalmated Plovers, Semipalmated Sandpipers, White-rumped Sandpipers and a few Baird’s Sandpipers. Another flock of peeps flew in just a few hundred feet away, so getting closer I found a Stilt Sandpiper (FoS) and a Spotted Sandpiper. Along with all the sandpipers, there were Northern Shovelers, Blue-winged Teals, and Buffleheads on the slough.

I walked over to the woods and I added Baltimore Oriole, Song Sparrow, Least Flycatcher, American Redstart, Common Yellowthroat (FoS), Warbling Vireo, Le Conte’s Sparrow, Red-eyed Vireo, European Starling, and Eastern Kingbird (FoS). It started to rain very gently, but the birds didn’t seem to be affected by it.

I stopped at the house for more breakfast and an opportunity to watch for the Ruby-throated Hummingbird that had been frequenting our window feeder for the past few days. The female hummingbird showed up shortly after I sat down at the kitchen table!

I walked south behind the house to Indian Lake to look for loons and other passerines. I hadn’t been at the lake at all this spring for actual birding and I was surprised to see how much water the lake is holding. There is no longer a shoreline and the water has reached into the woods. 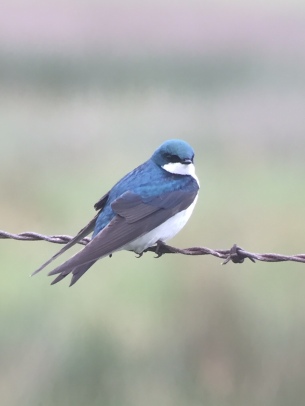 Other than Buffleheads, Blue-winged Teals, and lots of Eared Grebes, I didn’t find any new species. I did hear some warblers “chipping” in the trees, so I followed the vocalizations away from the lake. In the trees I saw more American Redstarts and Magnolia Warblers, Clay-coloured Sparrows, and a Lincoln’s Sparrow — a new species for the day. 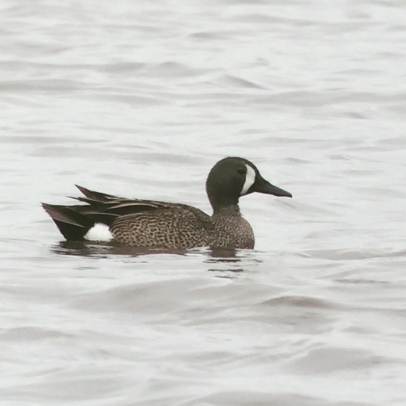 I was just about to leave the woods when I heard a Rose-breasted Grosbeak singing. I had never seen a grosbeak on any of my previous Birdathons before, so it was a really exciting to see not just one, but two! 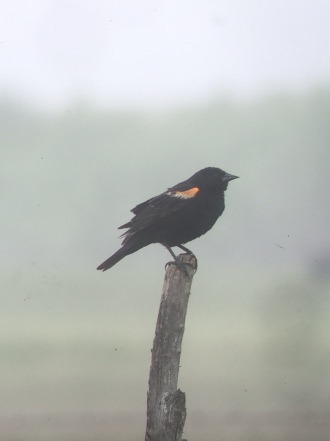 I drove over to our farmyard where I found Brown-headed Cowbirds, Yellow-headed Blackbirds, Vesper Sparrows, and Black-billed Magpies. Two male Cinnamon Teals have been feeding in a little slough near our house everyday for weeks, but as I drove to the farm yard they were absent. I did my morning chores and then drove around to the next township road where the slough crosses the road.

There were American Avocets all over the road and my suspicion that there were nests around was correct. There were multiple nests on the road and others on the edge of the slough. More shorebirds landed nearby and there were two new species in the flock, Least Sandpipers and a Red-necked Phalarope.

The nests on the road, 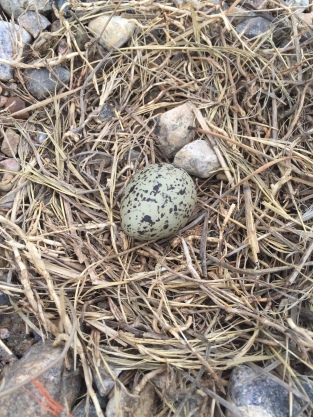 I was still missing a few species such as Ring-necked Ducks, American Coots, and Pied-pied Grebes but found them at another slough down the road. Lunch time was rolling around and back at the house I decided to try again for the teals and there they were, and a Mountain Bluebird on the barbed wire fence to boot.

After lunch I drove to my grandparents’ yard after lunch where I was expecting to find some particular species. On the drive over, there was a Turkey Vulture soaring over the road, with a Swainson’s Hawk below it on a fence post, and an American Kestrel sitting in a snag.

This White-tailed Deer has just crossed the river when it started bounding into the tree. I wasn’t quite fast enough to get a good photo, but I was fun to watch it,

I found Pine Siskins, an Eastern Phoebe, and Yellow-rumped Warblers in my grandparents’ yard. From their yard I birded the Vermilion Provincial Park — a Great Blue Heron, Double-crested Cormorants, and Purple Martins helped my list grow.

I also found this mass of tent caterpillars on a trembling aspen, 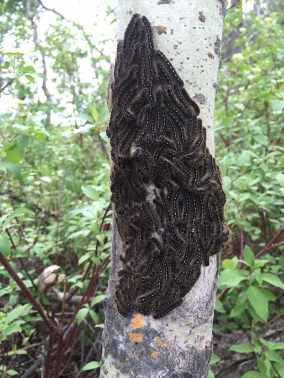 I continued birding throughout the afternoon picking up new species here and there. It was getting later in the evening, and as I counted the species on my list I realized I was very close to 100 species for the first time ever in my Birdathon. There were still a few species I could try to find and one of those was Common Grackle. We have some land 12 kilometres north of our house where there’s a slough surrounded by lots of mature trees — it gives the impression of a Boreal Forest slough. There was a Common Grackle singing on there other side of the slough and I heard a Ruffed Grouse drumming on a log.

A male Blue-winged Teal on the slough

There are occasionally some Snow Geese hanging around on the larger sloughs in the area and though I didn’t see any at the first one, after scanning the far shore of the second I did find a lone Snow Goose mixed in with the Canada Geese.

Wilson’s Phalaropes were MIA all day but I finally found two females a few kilometres west of the large slough. The last species of the day was a Veery at our farm yard which was my last stop for the day.

Altogether my Birdathon was excellent and I tallied 102 species (I originally tallied 101 species, but noticed when writing this blog post that I had mistakenly omitted Northern Pintail on the list).

My goal for the Birdathon was $1,575, with my funds earmarked for the Calgary Bird Banding Society and Bird Studies Canada. I’ve received great, generous support and generosity from birders across North America, raising $1,205 so far. Thank you very, very much to everyone who has supported my Birdathon this year — I greatly appreciate all of the donations and encouragement.

If you’d like to add more to my total for the worthy cause of bird conservation (as a reminder, donations over $10 are tax deductible), you can visit my team page.

A list of all the species I saw on my Birdathon (in taxonomic order):

A male Blue-winged Teal and a Pectoral Sandpiper, 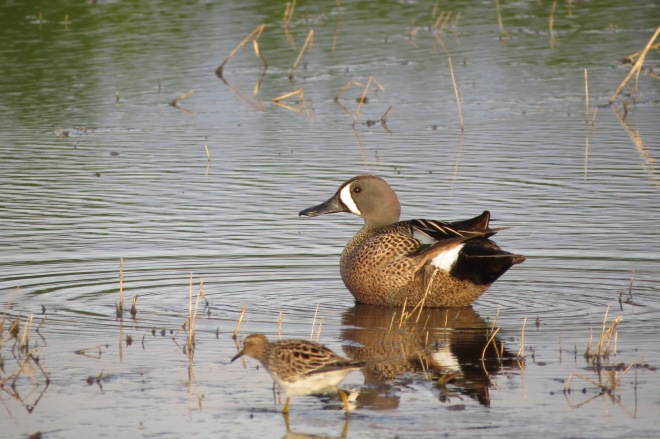 :: From Sylvia at Another Day in Paradise: Feathers on Friday ~ Roseate Spoonbill and Mottled Duck

Today is the start of a New Year, which to me means new birds and also birding resolutions. Here are four of my resolutions which I’m going to try to achieve this year:

1. I’m going to try to submit a checklist to eBird every time I go birding and also take field notes and make sketches more regularly.

2. Learning more about my camera and how to take better photos. (I have some exciting news on the camera front, but I will keep it under wraps until a little later.)

3. Trying to get others interested in the beauty of birds and birding.

4.  Some of the species I’d like to see this year are: Boreal Chickadee, Gray Jay, Evening Grosbeak, and a Western Tanager.

Do you have any bird goals or resolutions for 2014, or nemesis bird on your list to find?

Happy New Year and the best birding in 2014!

Some of my favorite photos from the past year: 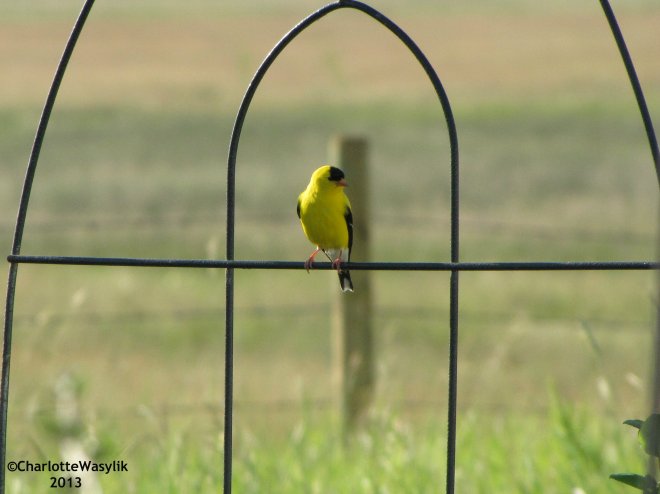 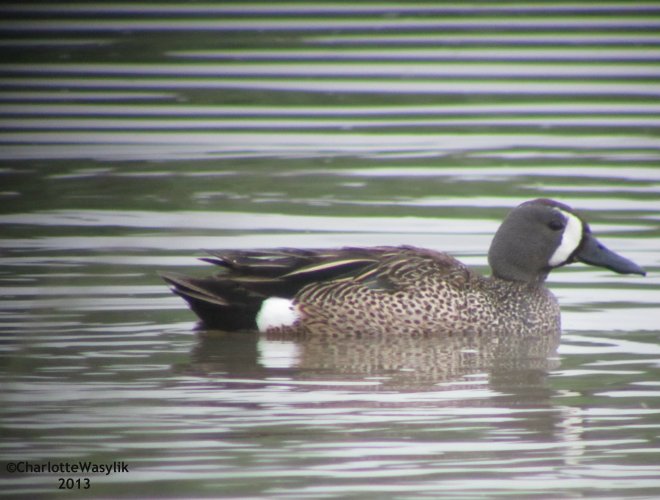 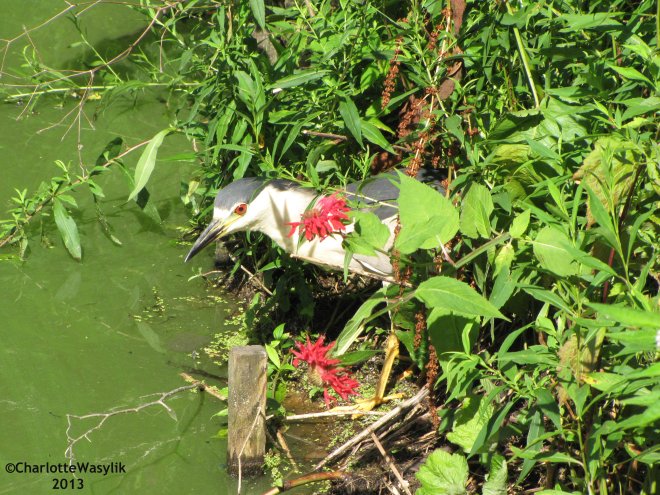 At 5 am this morning I went out birding, I didn’t intend to, but I have a tooth that is bothering me so I couldn’t sleep. It was a beautiful morning and a lot of great birds! 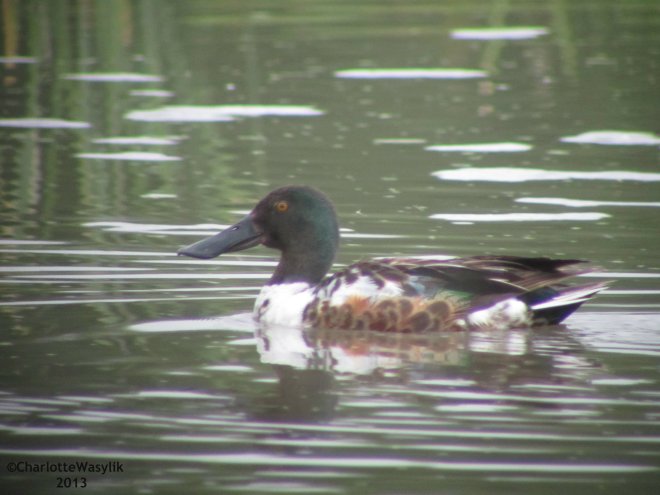 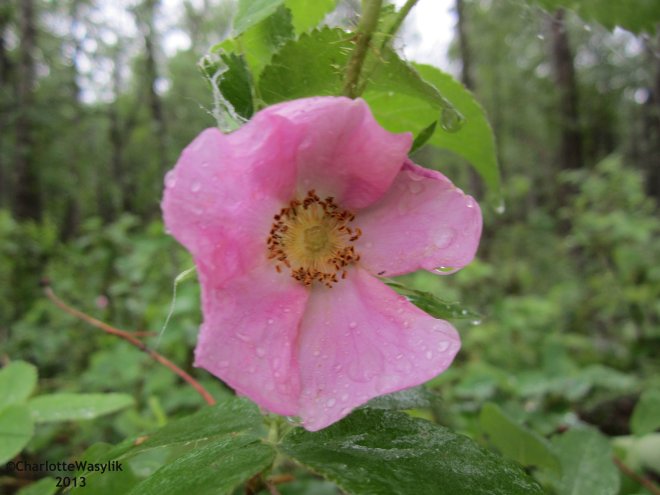 On my walk I saw seven broken duck eggs floating in the water, here are three, 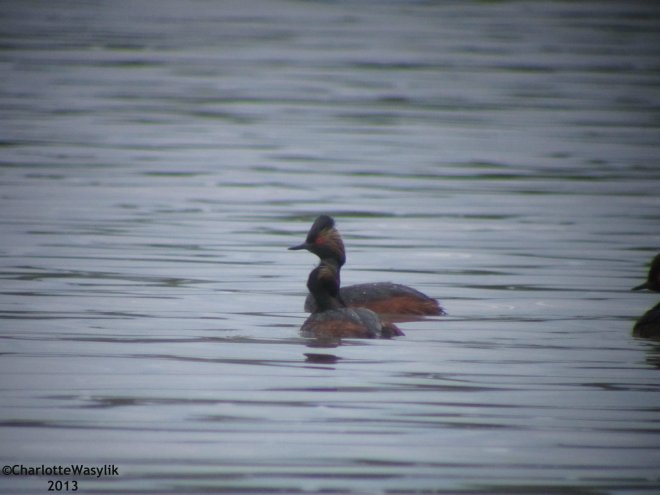 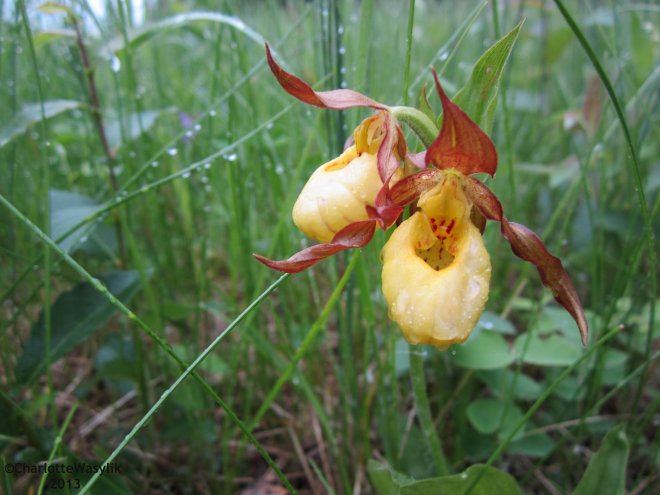 This pair of Blue-winged Teals were preening at the slough (pond) across the road from my house, and I digiscoped this photo of them.

Today, I’m linking up with Stewart for his Wild Bird Wednesday. So be sure to read through all the other bloggers’ posts with their wonderful wild birds.

Happy Mother’s Day to all the moms and especially to my own mother who is so supportive of my birding!

After such a long winter many of the breeding birds have arrived and also the birds that migrate through our area. The Barn Swallows showed up yesterday along with the Swainson’s Hawks.

I’ve been able to go birding at the slough and lake around our house, and this week I’ve seen two life birds — a pair of Cinnamon Teals and four Western Grebes!

My Baillie Birdathon is coming up very soon — the 30th and 31st of May! I’m ecstatic to have raised $935 when my goal was $500! My  Edmonton Nature Club friends Curtis and Michelle, who already made an incredibly generous donation to my birdathon this year, have now proposed something new. In an email to ENC members, Curtis wrote,

If you are interested, you can find my Baillie Birdathon donation page here. As a reminder, my goal is to see 80 birds (I came very close last year, with 79), and half of my funds are going to Bird Studies Canada and the other half to my local naturalist society in Alberta. And if you are doing the Birdathon too, please mention it in the comments below with a link to your page.

Some of my digiscoping from yesterday, including a Northern Flicker,

A Muskrat eating some reeds,

A pair of Tree Swallows,

Error: Twitter did not respond. Please wait a few minutes and refresh this page.