(Here is Part 1 of my interview with Big Year birder Neil Hayward).

PB: What sort of preparations did you do to make the most of your time?

Neil: I spent a lot of time on eBird earlier in the year trying to optimize which sites to visit to pick up the most species. It’s important to know which species to ignore, knowing you can find them later, as it is knowing which ones to focus on. I had a rough schedule of what I’d be doing in each month, and which birds I’d be getting when and where. As I got closer to each month I’d refine my strategy. The first part of the year — getting all the regular birds — requires a lot of planning and strategizing so that by the second half of the year you have enough time to suddenly abandon trips and chase rarities. You’re always thinking in terms of time — getting a bird early can save you time later in the year (time not spent at home, but out chasing something else!).

PB: Which field guide(s) did you use? Printed books or field guide apps?

Neil: I always had the National Geographic [Field Guide to the Birds of North America] with me. I love the 6th Edition (link here). I’ve never really used the Nat Geo before — mainly as I haven’t liked the illustrations. The 6th edition has much better images, the subspecies range maps are fantastic, and the text is very educational (at least for me — I always learn something new whenever I leaf through it).

I usually have a Sibley with me. I think the illustrations are better, but there are many species (the rarer ones, as well as some of the recent splits, like Cackling Goose) that aren’t in Sibley. In order to keep it concise and clear, there’s also no real discussion (or naming) of subspecies, which I think is a shame.

As for apps, I really prefer having a book (even though that takes up packing space), although I do have and use the iBird app [link here]. I find the calls on there very helpful.

Neil: I never checked luggage. I couldn’t afford the extra time waiting to collect it, or the possibility of it being delayed or lost. (And — these days you often have to pay for checked luggage.) I had a large enough sports bag that I could pack my tripod, scope, camera together with a minimum of clothes (including full thermal underwear). I took my scope with me everywhere — since almost all my photos were digiscoped, it doubled as my main camera too. My other bag had bins, laptop and books (bird and fiction). I got pretty good at packing the bare essentials. By the middle of the year, I was toting a neck pillow, which was wonderful on flights as well as doubling as a pillow when sleeping in rental cars! If I could pack anything else, it would have been some books on tape or more NPR podcasts. Somehow I never seemed to have enough time to plan that!

PB: Were your non-birding family and friends understanding about the demands on your time?

Neil: Yes! My girlfriend especially so. She was very supportive and understood that we often couldn’t make plans for even the following day, as I could be on a plane chasing something. It would be hard to imagine doing the year without having her support and help.

PB: What were some of the bird highlights of your year?

Neil: All of them were special! But seeing Red-necked Stint in my home state was pretty special (I’d chased this bird several times, here and in the UK, and it was turning into a bit of a nemesis bird!). Also — Mountain Quail, which seemed to take forever before I eventually tracked them down.

Adak was [such] a big risk in terms of time (being away from the rest of the US with the possibility of being stranded there) that coming over a rise on the second day, and seeing those three Whooper Swans made it all worthwhile. That was a great moment.

I spent almost eight hours sitting in front of Kubo Lodge in Madera Canyon, AZ waiting for Berylline Hummingbird. Despite (or because of) the wait, it was a wonderful day — watching the other hummers come in to feed while chatting with visiting birders. And when the Berylline finally appeared around 6 pm, it was one of the most stunning birds I’d seen all year.

Also — all the wonderful breeding bird colors in Nome. The Red-throated Loons were spectacular, as were the Steller’s Eider, Bluethroats, and Long-tailed Jaegers.

One of my favorite birds was Emperor Goose. They’re so delicately patterned with such an interesting reversal of light and dark on their necks, and such silly bright legs. I had some great views of them on Adak. We always stopped the vehicle for Emperor Geese!

PB: What were some of the highlights of your year, in terms of experiences rather than birds?

Neil: One of the real highlights was making lots of new friends. One of my favorite trips was in Nome in June where I met Hans de Grys [link here]. We were similar in age and birding experience. He was ending his (mid-year to mid-year big year) as I was less than half way through mine. We got on immediately, and had a lot of fun.

I also became good friends with Jay Lehman — the other calendar year Big Year birder in 2013 [link here]. We ended up meeting in lots of places, chasing the same birds and sharing lots of information. It was a real joy spending time with Jay. While some may think that Big Years are competitive, they’re anything but. Only those doing a Big Year are aware of the exhaustion and stress involved, and as such, we spent a lot of time trying to make it easier for each other. I’m still in touch with Hans and Jay, as I am with many other birders I met during the year.

PB: Aside from busy times chasing after birds, a Big Year means lots of down time while traveling and waiting around for that rarity. What did you think about besides the next bird(s), and what did you learn about yourself from doing a Big Year?

Neil: I spent a lot of time thinking about the next birds! There wasn’t as much down time as you might imagine. Often, I’d be driving all day, and in the only time I had free I had to eat, plan the next day or two, and then think about pelagics and Alaska trips later in the year. Oh — and download and edit photos and write an interesting blog post. But… when I wasn’t doing any of that, I read a lot of fiction.

The long road distances did mean I had plenty of time to think though. When I wasn’t listening to the radio (mostly NPR), I’d think a lot about what the whole Big Year thing meant. It’s not something to enter into lightly. It’s a huge time and money commitment. I often asked myself why I was doing it. What I wanted to achieve. 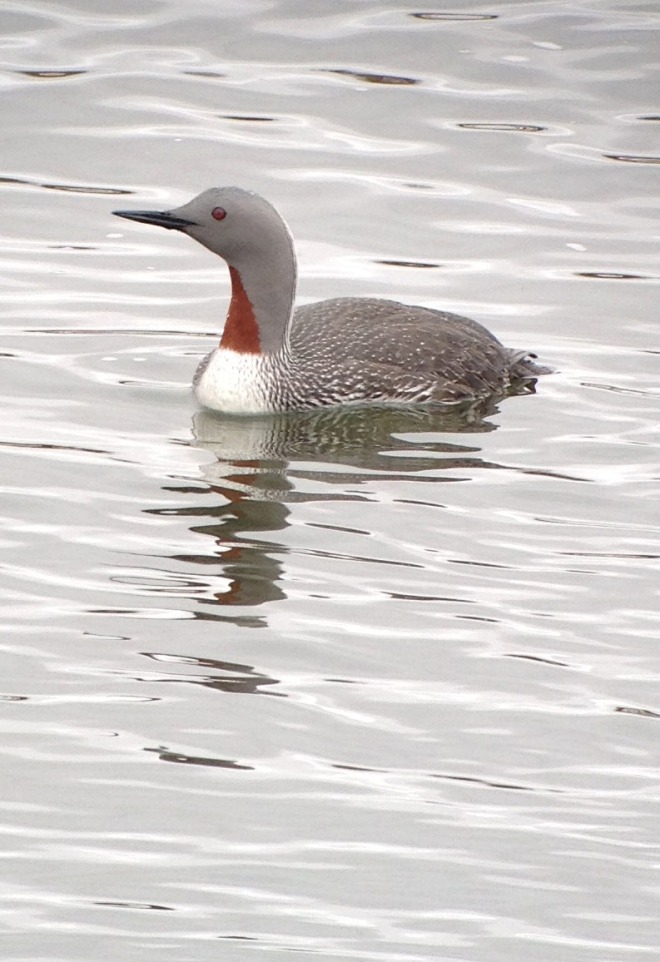 PB: I know you have only just finished your Big Year, but do you think you might write a book about your year, as Sandy Komito did?

Neil: One of the things I enjoyed most about my Big Year was keeping a blog. At first, I thought it would be a hassle, having to document everything, and something essentially I’d be doing for other people. But as the year progressed, I looked forward to each post. How would I tell the same story differently? What angle should I take? How do I make it interesting and engaging for a non-birder? Writing forces you to do some research and understand your subject better. I learned a lot more about birds, geography, and culture by writing about it. Without my blog, I’d have missed a lot of the other things that were going on in the year. While I was always thinking about the reader, it became something I wrote primarily for myself.

A lot of people have asked about a book. Of course, I’d love to be a published author and have a book. Who wouldn’t?! Unfortunately, that means writing it! It’s a completely different format from a blog, and requires a different way of structuring the material and presenting it. I’m guessing it would also take another year. In terms of getting a publisher interested, I’d have to demonstrate that there’s a market for this type of book. I’m writing a couple of articles for publication now, which should tell me whether I like sitting at home all day and writing!