While visiting my grandparents a few days ago the Long-tailed Weasel showed up again, and it is too tempting to write another post on it. 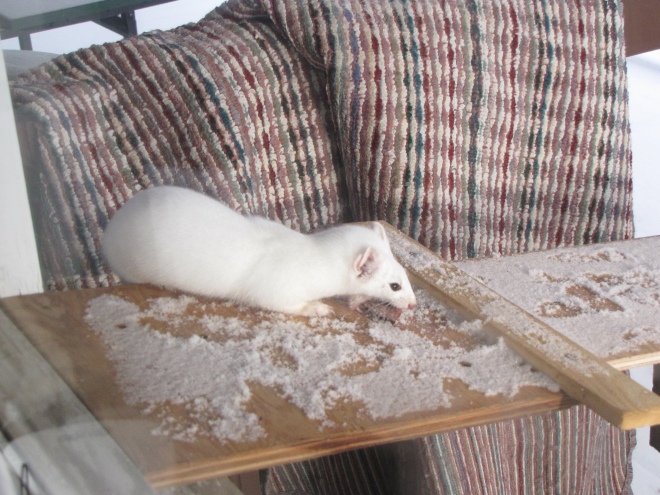 If you would like to join me for Feathers on Friday, please put the link to your blog post in the comments and I will add a link to my post.

I visited my grandparents last Monday, and while there I spent most of the time looking out the kitchen window watching the chickadees and the redpolls visiting the feeders. Suddenly three large birds appeared. They were Pine Grosbeaks. My grandmother was very excited, since while the grosbeaks had visited their yard before, the birds had never been to the feeders.

Once the Bohemian Waxwings arrived this winter, they avoided me. I couldn’t get near them when I had a camera with me, and they came within very close range when I didn’t have a camera. For about a month I couldn’t get any photos of the waxwings, but two days ago I was able to get some. I took these pictures about half hour before sunset, so the quality of the photos isn’t the best.

Almost every day on our way to do chores, my dad, brothers, or I see a Coyote, 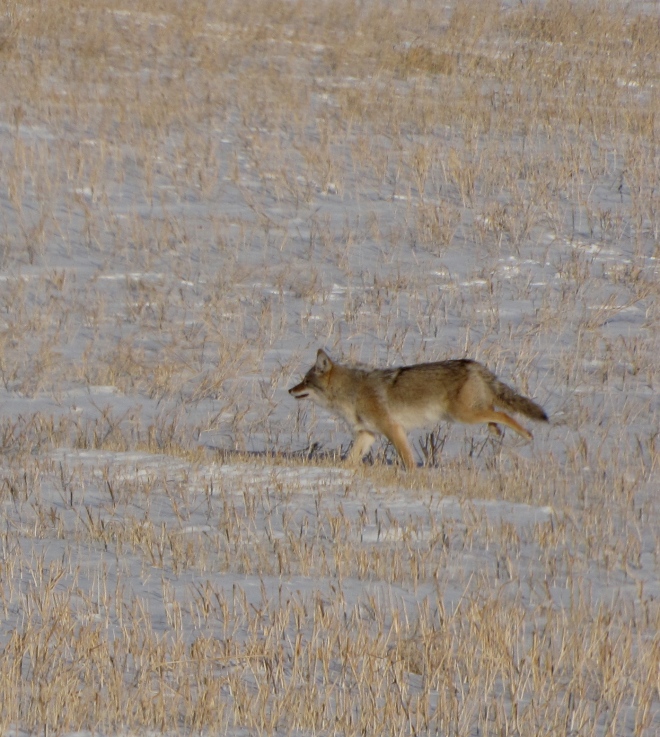 If you would like to join me for Feathers on Friday, please put the link to your blog post in the comments and I will add a link to my post.

Here are Rock Pigeons last Sunday sunning themselves on a cold winter’s day, 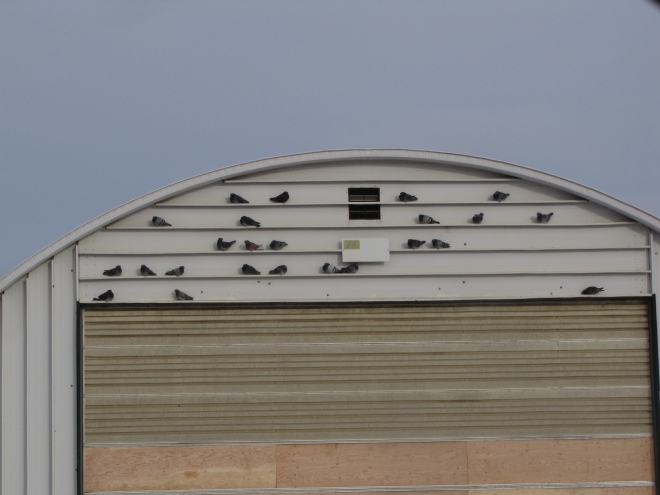 Every day since last Sunday, Redpolls have been visiting my feeders in a steady stream, and at the end of the day most of the feeders have been empty.

The most Redpolls I counted in one day was 41 on Tuesday, though there might have been more. It was hard to count them with some leaving, more coming in, and Redpolls where Redpolls hadn’t been a second before. One of the reasons there have been so many Redpolls is that the weather has become quite cold, with the highs during the day around 28-34C and high wind chills, down to  -51 one night. 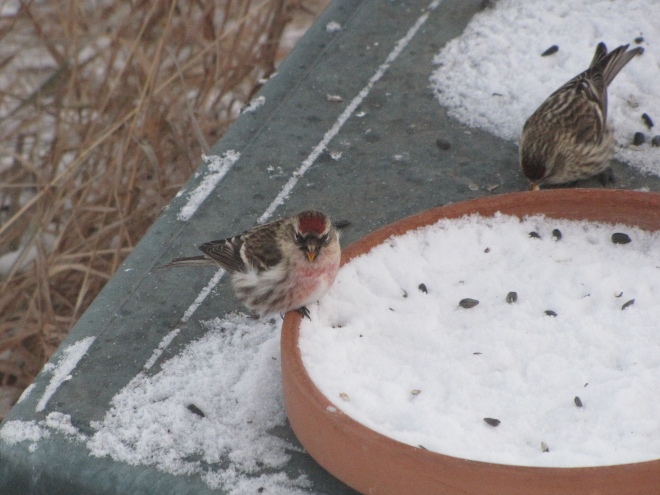 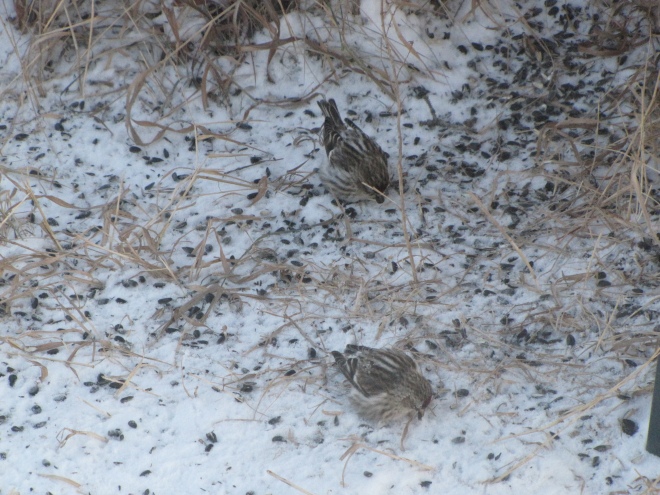